Ian Poulter is among the members of LIV Golf taking part in the DP World Tour this week at the Abu Dhabi HSBC Championship, the first Rolex Series event of the year; Watch all week live on Sky Sports Golf

Sky Sports’ Nick Dougherty and Andrew Coltart discuss the issue of the LIV players competing on this week’s DP World Tour and the controversy it has caused.

Sky Sports’ Nick Dougherty and Andrew Coltart discuss the issue of the LIV players competing on this week’s DP World Tour and the controversy it has caused.

This massive week on the DP World Tour kicks off the new year, with back-to-back Rolex Series events offering huge points – nearly three times as much as a regular season event.

Those two events are a great opportunity to really get your season off to a crack start and maybe get one foot in the Ryder Cup later this year, so this is really after the huge tournaments.

You may not have the superstars here like Rory McIlroy, John Rahm and US Open champion Matt Fitzpatrick, but there’s no doubt we still have a lot of big names and a huge amount of strength deep down. 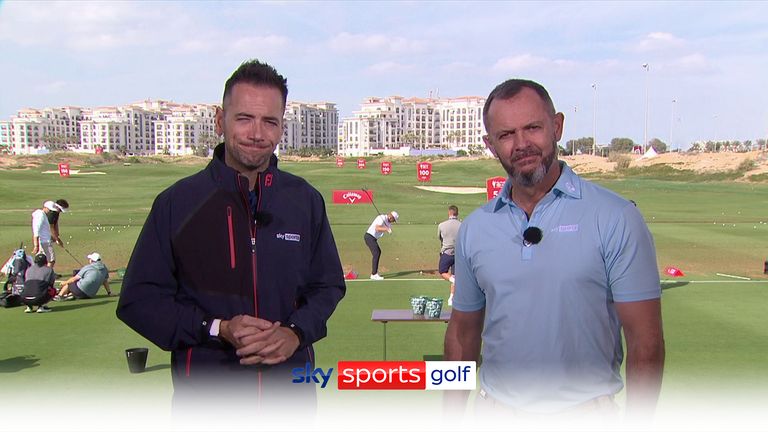 Last week’s Champions Cup produced a lot of solid performances and there are plenty of players who can bring a lot of confidence from that into the next couple of weeks. Some will have more points to make than others, but there is plenty of new talent on the DP World Tour to watch out for.

Let’s not forget that these LIV players don’t lose their record because of what they decided to move on to – their record remains the same and should definitely be respected. 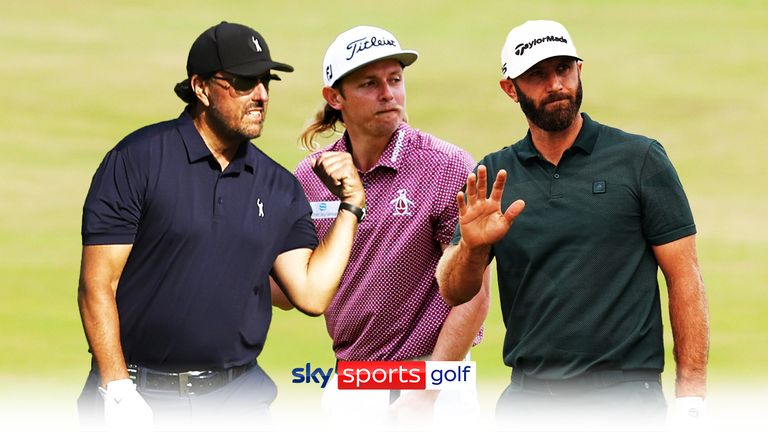 I think they’re still people I look forward to watching and they still have great golf, so these guys just add to the level of the playing field.

Having said that, some are currently suing their fellow members, so it’s hard for others not to take that with anything other than a little hostility. It’s very difficult.

You can see one or two LIV golfers playing together and practicing side by side, but there is a void and a gulf between the regular members and some players who have decided to take their game to another arena.

It’s their choice, they just went ahead and did it, so they have to live with the consequences coming their way. As a result, there is less friction on the training ground and outside on the links.

I can’t believe these players took that leap and thought everything was going to work out the way they wanted it to – there had to be consequences to that and as a result they now find themselves in a difficult situation.

Should Poulter be in view of the Ryder Cup?

I appreciate that the media put this question to Ian Poulter, but what I don’t like is how much of it has been broadcast in public, with few grievances on social media involving these players.

If LIV players kept that out of the public domain, I think things would be a little better off. You can tell there’s this frustration there – you can read between the lines there and the situation he finds himself in is rather shaky.

Whatever happens, it will be Poulter’s golf game that will get him there. Is he playing well enough to make this team? I don’t know if it is now. Regardless, I think we’re at a certain point where maybe there’s a next generation case instead.

I think there is a huge opportunity now to destroy some of these young players and take them out. They don’t have scar tissue, they don’t have Ryder Cup records to protect and they don’t have a fear of the media and what their expectations are.

This is a great opportunity, especially when you consider how much of a beating they took at Whistling Straits last time.

Now is the time to focus on what the DP World Tour and its young stars have to offer, so it’s a massive opportunity for many of this group to go and earn their first cap.

Watch the Abu Dhabi HSBC Championship 7 days a week live on Sky Sports. Live coverage continues on Friday with featured groups from 3.30am on Sky Sports Golf, before full coverage from 7.30am.