NBA champion Matt Barnes had an altercation with his fiancee’s ex-husband that resulted in him spitting in his face on Levi’s Stadium during San Francisco 49ers– Dallas Cowboys NFL game on Sunday.

Video obtained by TMZ Sports shows Barnes spitting in the face of David Patterson Jr. in the hallway at the stadium. The accident occurred before kick-off Two teams NFC playoffs.

Barnes and Patterson were exchanging words face to face and shoving each other before they parted.

Since the incident, Barnes has filed a temporary restraining order in Los Angeles County Court against Patterson, who he says started things before the incident escalated.

Barnes told the outlet that Patterson “chased me down and aggressively confronted me. He also noted that Patterson was shouting ‘his full name over and over again,’ causing the crowd to ‘run into a frenzy’.”

“I was forced to push him off of me,” Barnes said, adding that Patterson was pushing him. “I didn’t want the altercation to escalate further physically, and in frustration with him for seeking me out and his repeated, relentless harassment, I spat in his direction in disgust.”

But this wasn’t a one-time event, according to Barnes. He says Patterson has been nagging him for months because of jealousy over Barnes’ relationship with his ex-wife. 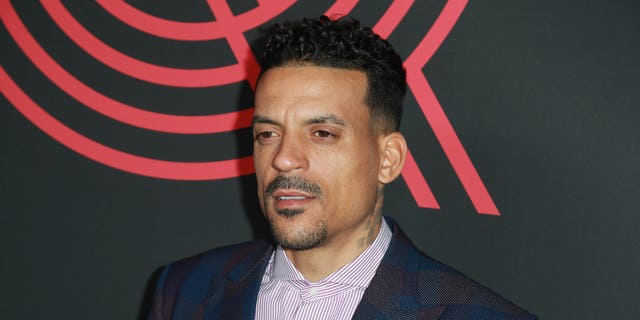 Barnes even claims that Patterson threatened to shoot him sometime last year.

Police investigations are still continuing into the incident, which occurred on Sunday.

This isn’t the first time Barnes has been involved in an altercation like this, though he was in Patterson’s shoes in 2016 when he reportedly drove 95 miles to confront-New York Knicks Artistic director Derek Fisher, who was with Barnes’ estranged wife, Gloria Govan. Barnes allegedly texted a friend that he hit Fisher and spat in Govan’s face at the time.

Barnes was playing for the Memphis Grizzlies at the time.

Barnes played 14 seasons in the NBA with multiple teams, the most of which was four seasons with the Los Angeles Clippers. He also played three seasons with the Golden State Warriors, the team he eventually won a championship with in 2017 when he was traded from the Sacramento Kings in his final season. 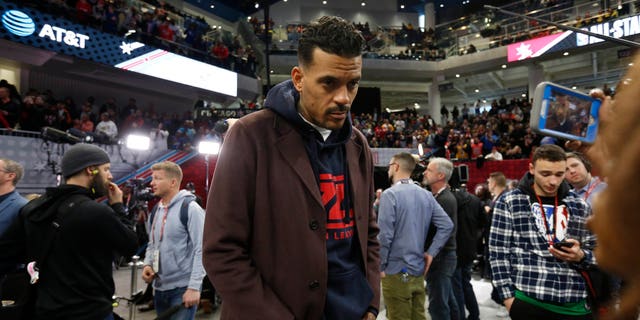 NBA legend Matt Barnes addresses the media during practice and media availability provided by AT&T. T as part of the 2020 NBA All-Star Weekend on February 15, 2020 at Wintrust Arena in Chicago, Illinois.
(Tyler Kaufman/NBAE via Getty Images)

Barnes also spent time with the Knicks, Philadelphia 76ers, Phoenix Suns, Orlando Magic, and Los Angeles Lakers, where he was a teammate of Fisher.

Scott Thompson is a sports writer for Fox News Digital.